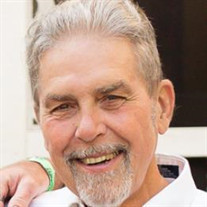 Carl W. Arkema, 74, went to be with his Lord and Savior December 24, 2021. He was born May 5, 1947 to John and Iva Fern (Vande Krol) Arkema in Oskaloosa, Iowa, where he lived on the family farm until attending Dordt College in Sioux Center, IA for his undergraduate degree in Education. He went on to earn his Masters Degree from Indiana University. Carl began his teaching career in DeMotte, Indiana, teaching there for 17 years. In 1986 Carl and his family moved to Muskegon, Michigan, where he took a teaching position at Western Michigan Christian High School. There he spent 20 years as Educator and Athletic Director. From 2008 - 2015 Carl served as Athletic Director at Ravenna High School. In his 20 years as serving as Athletic Director, he received multiple awards including Regional Athletic Director of the Year and also the distinguished George Lovich Award of Merit, one of just four awards given annually by the MHSAA. On August 12, 1969, Carl married Muriel Bartman of Rock Valley, IA. Carl is survived by Muriel, his wife of 52 years, along with his three sons: Timothy, his wife Christy, and their children Logan and Eviana; Ryan, his wife Liz, and their children Hudsyn and Londyn; Trent, his wife Loden, and their children, Ellyza, Sydney and Carter; four brothers: Ervin (Linda) Arkema, Milo (Jentine) Arkema, Verlan (Kathy) Arkema and Wesley (Paula) Arkema; in-laws: Randa (Bern) Cole, Brent Bartman, Todd (Julie) Bartman. Carl loved the outdoors. When his sons were young, many vacations were spent camping and seeing the many beautiful places throughout the United States. When his sons grew older, many Saturdays and vacations were spent golfing, which he enjoyed tremendously. He and Muriel loved to bike and hike and spent many vacations camping and later on spent their winters in Arizona enjoying the beautiful weather and outdoor activities. Carl’s grandchildren meant the world to him and he loved reading, playing, and visiting with them. A service to remember and celebrate Carl’s life will be held on Thursday, December 30, at 1:00pm at Bethany Christian Reformed Church, 1105 Terrace St., Muskegon, MI 49442. There will be no visitation. For those unable to attend the service in person, please feel free to join virtually by following this link: http://fb.me/e/aOJEBEOgp. Contributions in memory of Mr. Arkema may be made to World Renew. Arrangements have been entrusted to the Sytsema Chapel of Sytsema Funeral and Cremation Services, 737 E. Apple Ave., Muskegon, MI 49442.

Carl W. Arkema, 74, went to be with his Lord and Savior December 24, 2021. He was born May 5, 1947 to John and Iva Fern (Vande Krol) Arkema in Oskaloosa, Iowa, where he lived on the family farm until attending Dordt College in Sioux Center,... View Obituary & Service Information

The family of Mr. Carl Wayne Arkema created this Life Tributes page to make it easy to share your memories.

Carl W. Arkema, 74, went to be with his Lord and Savior December...

Send flowers to the Arkema family.