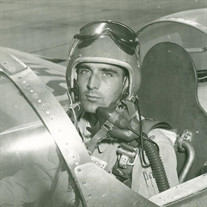 Francis Albert (Toad) Heinz Jr. passed away peacefully from this life into eternal life at 9:10 am on August 28, 2021 at Harbor Hospice Poppen Residence in Muskegon, MI. Toad was born on October 24, 1926 in Newcastle, Indiana to Francis A. and Susan Heinz who preceded him in death. Toad is survived by his wife of nearly 70 years, Mary Ankah (McClure) Heinz; daughter, Christina (Terry) Zimmer; sons, Timothy (Patricia) Heinz, and Daniel (Susan) Heinz; nine grandchildren, Cameron (Catherine) Heinz, Lauren (Paul) Hageman, Leslie Heinz, Curtis Heinz, Grady Heinz, Shane (Ashley) Heinz, Stuart Heinz, Clark Heinz, and William Heinz; three great-grandchildren, Wyatt Hageman, Thomas Heinz, and Leighton Hageman. Toad was preceded in death by his first son, Thomas Mellet Heinz and as a child, lost his younger brother, Tom, to polio. Toad married Mary Ankah McClure on Sept. 22, 1951, who survives. Toad and Mary were less than a month away from 70 happy years of marriage together. Toad excelled in school and sports at Newcastle High where he was at the top of his class academically and played on the football team. While at Newcastle High, he joined the Army Air Corp Reserves for flight training while finishing high school and starting college classes. In between World War II and the Korean War, Toad attended Rose-Hulman Institute of Technology in Terre Haute, Indiana where he graduated as an aerospace engineer. As the Korean Conflict escalated, Toad joined the U. S. Air Force to serve as a combat pilot. While deployed overseas, their oldest son Tom was born. Toad flew 100 Combat Missions flying the F-84 Thunderjet in Korea as a 2nd Lieutenant for the U. S. Air Force and was awarded the Distinguished Flying Cross for his bravery while in combat. Toad shared that he recited the 'Lord's Prayer' before each mission. After getting out of the service, Toad began his aerospace engineering career at Bendix, working on jet and rocket fuel systems. The company was contracted out by NASA and Toad had the opportunity to assist on the Apollo Project. He retired in 1986. Toad will be remembered for his keen sense of humor, joke telling abilities, and for his love and dedication to his family. Memorial Contributions may be given in memory to the charity of your choice. A Memorial Service with Military Honors will Be held 11:00AM, Saturday, September 4 at The Lee Chapel of Sytsema Funeral & Cremation Services, 6291 S. Harvey St., Norton Shores, MI 49444. Visitation will be one hour prior to the service from 10:00-11:00AM. Please feel free to share a memory with the family online at www.sytsemafh.com.

Francis Albert (Toad) Heinz Jr. passed away peacefully from this life into eternal life at 9:10 am on August 28, 2021 at Harbor Hospice Poppen Residence in Muskegon, MI. Toad was born on October 24, 1926 in Newcastle, Indiana to Francis A. and... View Obituary & Service Information

The family of Francis "Toad" A. Heinz Jr created this Life Tributes page to make it easy to share your memories.

Francis Albert (Toad) Heinz Jr. passed away peacefully from this...

Send flowers to the Heinz family.