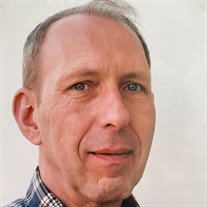 Harold Edward Werschem, Jr., age 79, of Spring Lake, died at his home on April 19, 2022. Harold was born on December 27, 1942, in Muskegon, MI to Harold Sr. and Esther (French) Werschem. Harold was a man of few words, had a devilish grin, and he was a prankster but had a soft side and a generous heart. He graduated from Grand Haven High School and then went on to receive his Associates Degree from Muskegon Business College and later his Bachelor’s Degree from Aquinas College. In August of 1964 he enlisted in the Air Force and worked as an airplane mechanic. He was honorably discharged as a Sergeant in August of 1970. In August 1967 he married the love of his life, Ruby Jernigan. In 1970 they relocated to Spring Lake, MI. where he spent the remainder of his days. Harold worked hard his whole life. He worked for his father’s business – Superior Plating; he also worked at Gardner Denver, Ameribank, and retired from Hortech. Harold is survived by his daughter, Cindy (Rick) Bowden and two grandchildren who were the lights of his life, Matthew and Megan. Also surviving Harold are sisters-in-law Nell Grimley and her husband Chris, Doris Stachowski and her husband Emil, Lucille Jernigan, Brenda Jernigan and Lorrie Werschem, brother-in-law, Robert (Paek) Jernigan and many nieces and nephews. He is also survived by his aunt Virginia Burnside, and many cousins. He was preceded in death by his parents, his brother, Eddie, his wife of almost 53 years, Ruby, his son, Michael, father and mother-in-law, Noah and Mary Jernigan, brothers-in-law, Larry and Wayne Jernigan, and niece Deborah Grimley. In keeping with his wishes, cremation has taken place. A memorial service to celebrate his life will be held on Saturday, May 7, 2022, at 11:00 a.m. at the Ferrysburg Community Church 17785 Mohawk Drive, Spring Lake, MI 49456. Military honors will be accorded by The Charles A. Conklin American Legion Post # 28 Honor Guard. Attendees are asked to dress casually. In lieu of flowers, please make memorial contributions to the Wounded Warrior Project or the American Heart Association. Arrangements are entrusted to The Spring Lake Chapel of Sytsema Funeral & Cremation Services 213 E. Savidge St., Spring Lake, MI 49456. Share memories with the family at their online guest book at www.sytsemafh.com.

Harold Edward Werschem, Jr., age 79, of Spring Lake, died at his home on April 19, 2022. Harold was born on December 27, 1942, in Muskegon, MI to Harold Sr. and Esther (French) Werschem. Harold was a man of few words, had a devilish grin, and... View Obituary & Service Information

The family of Harold Edward Werschem Jr. created this Life Tributes page to make it easy to share your memories.

Send flowers to the Werschem family.