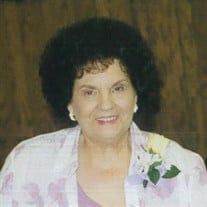 Mrs. Hester (Jean Wolfe, Flannery) Carey, 92, beloved Mother, Grandmother, Great-Grandmother, and Aunt, passed away April 2, 2022, at Hillcrest Nursing Facility. She was born March 10, 1930, to Jerome and Ruth (Morgan) Wolfe in Grand Ledge and moved to the Muskegon area in 1938. She is survived by her children: Ruth Campbell, Suzanne (Greg) Reynolds, Toni (Rollin) Hettmansperger, Raymond Michael “Mike” (Sheryl) Flannery, Randy Flannery, John (Jineen) Carey, Irving Carey, and Lerone Brown; her longtime companion Peter Livingston; 22 grandchildren, 27 great-grandchildren; many special nieces and nephews; and her beloved pet Mister Bailey. She was preceded in death by her parents, son James Carey, sister Joan Adams, and brother James Berger. She was known as Grandma Jean to many other extended family. She never met a stranger. Hester (Jean) was an avid bingo player and was known as the bingo queen at the nursing home. She also loved going to the casino. The family would like to thank the staff at Hillcrest for their special care these past four years. We couldn’t have done it without all of them. The funeral service will be Thursday, April 7, at 1:00 PM at The Sytsema Chapel of Sytsema Funeral and Cremation Services, 737 E. Apple Ave., Muskegon, MI 49442. Visitation will be one hour prior to the service. Masks will be required. Burial will take place at Sunrise Memorial Gardens. Contributions in memory of Mrs. Carey may be made to The NOAH Project.

The family of Mrs. Hester "Jean" Carey created this Life Tributes page to make it easy to share your memories.

Send flowers to the Carey family.