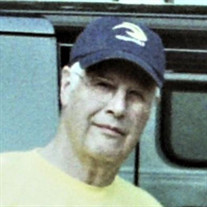 Howard Dean Dirkse, PE, 85, of Spring Lake died Wednesday December 29,2021 at Chestnut Fields in Muskegon, MI. He was born on Father’s Day June 21, 1936 to John C. and Bertha (Honholt) Dirkse in Grand Haven and married Carol Marks on Sept. 13, 1958. He was a lifelong area resident and member of First Christian Reformed Church of Grand Haven, although he attended Allen Ave Christian Reformed for several years later in life. Mr. Dirkse earned a BS in Electrical Engineering from the University of Michigan in 1959, along with attending Calvin College. Upon graduation he returned to Grand Haven and worked with his father at Dirkse Electric before joining Dake Corp/JSJ in November 1959. After rising to the position of Chief Electrical Engineer he retired from full time employment in 1992 as a full time employee and continued to consult until 2006. He was a registered Professional Engineer, having passed rigorous written and practical testing. Beyond family his primary passion in life was his beloved Michigan Wolverines. To say he was an avid fan would be an understatement. For many years he held season tickets to the football games that led to numerous happy memories including a trip to the 1978 Rose Bowl. He was always involved with church, civic, and family activities. He served in various capacities at First CRC Grand Haven including elder and deacon. As a young man he was part of the Grand Haven JayCees and especially enjoyed working on their annual Haunted House. Alongside his father John, he worked on the Grand Haven Musical and Central Park Fountains. He served as a Boy Scout leader for several years, coached his son’s Little League team and later his granddaughter’s softball team. He was active in Tri-Cities Men’s Softball Leagues playing on the American Legion team among others. Any time there was a school activity for his children or local grandchildren he would pick up his tool belt to help until he was no longer able to do so. He was preceded in death by his wife, Carol Marks Dirkse in 2004 after a loving 46 year marriage. He is survived by his daughter, Deb (Greg) Patten of Norton Shores; son, Mark (Kathi) Dirkse of Santa Clarita, California; four grandchildren: Andrew (Shawna) Patten, Michelle Patten, Elizabeth Dirkse, and Cammie Dirkse. His sisters Yvonne (Joe) Kramer of Spring Lake, MaryJo Poel of Holland, Lois Radigan of Colorado, and brother Dr. Ronald (Dot) Dirkse of Holland. He is also survived by his second wife, Carol Poel Anderson. Due to the current severity of the Covid pandemic, there will be a private family service held that will be viewable via the Sytsema website YouTube channel. Share memories with the family at their online guest book at www.sytsemafh.com. Arrangements entrusted to The VanZantwick Chapel of Sytsema Funeral & Cremation Services, 620 Washington Ave., Grand Haven, MI 49417. Those who would like to honor his memory in a more tangible way are encouraged to donate to the research on Alzheimer’s and other forms of dementia being done at the University of Michigan. Donations may be made online at https://victors.us/howarddirkse or Checks can be payable to “the University of Michigan” with in memory of Howard Dirkse for Dementia Research in the memo line and mailed to: Michigan Medicine Office of Development 777 E. Eisenhower Pkwy., Suite 650 Ann Arbor, MI 48108-3268

The family of Howard Dean Dirkse created this Life Tributes page to make it easy to share your memories.

Send flowers to the Dirkse family.