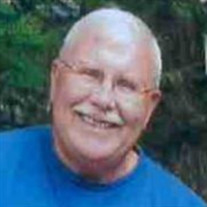 Mr. James Carl “Jim” Farr, age 79, passed away Saturday, January 8, 2022 in Grand Rapids. He was born in Muskegon on June 6, 1942 to Morgan and Nettie (Lasko) Farr and graduated from Muskegon High school, class of 1960. Jim was a veteran of the United States Army and served as Military Police from 1960-1963. He was employed as a transportation and warehouse manager for Quality Stores, Inc. prior to his retirement. After retirement, Jim worked at Sport Fisherman’s Center. He enjoyed walleye fishing on Muskegon Lake and hunting with his boys. Jim was an avid Michigan State Spartan and Muskegon Big Red fan. Most importantly, Jim will be remembered by his family as the best husband, father, grandfather, and friend. On June 21, 1985, Jim married the former Cynthia J. Reddam in Muskegon, and she survives him along with four sons, Terry (Lorraine) Farr, Gary (Allison) Farr, TJ Westra, and Brandon Westra; five grandchildren, Garrison Farr, Trinity Westra, Linkin Westra, Rydr Westra, and Journee Westra; and brother, Jerry (Roger Miller) Farr. According to his wishes, cremation has taken place and a celebration of his life will be held this summer. MEMORIALS in memory of Jim may be directed to the Muskegon Conservation Club Youth Fishing Program. You may sign his online guestbook at www.sytsemafh.com Arrangements by The Lee Chapel of Sytsema Funeral & Cremation Services, 6291 Harvey St., Norton Shores, MI 49444.

The family of James C. Farr created this Life Tributes page to make it easy to share your memories.

Send flowers to the Farr family.