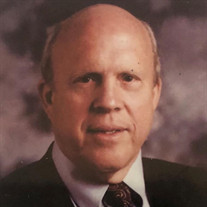 James (Jim) R. Stoppert, age 77, of Santa Rosa Beach, FL and Spring Lake, MI passed away Saturday, October 9, 2021, surrounded by his loving family. He was born September 4, 1944, in Flint to Robert and Barbara (Ringelberg) Stoppert. Jim was a member of the Chapel at Crosspoint in Santa Rosa Beach. He graduated from Michigan State University majoring in Business. He attended MSU on a football scholarship and was a member of the 1965 National Champonship team. His love for MSU and football continued throughout his life. He had an adventurous spirit and enjoyed meeting different people of various cultures as he traveled domestically and abroad. Some of his favorite activities were scuba diving, snow skiing, and bicycling. One of his last adventures in 2019 was in Italy where he biked over 400 miles. The family home at Spring Lake was his happy place where he spent every summer of his life surrounded by family and friends. Everyone in Jim’s life was special to him. Jim dearly loved his family and will be greatly missed by all of them. Jim devoted over 50 years to the chemical industry and enjoyed an incredible career. It began with Dow Chemical, ultimately leading to the position as President and founder of Cargill-Dow, which became NatureWorks. His work had a great impact on the environment as he pioneered new methods to replace plastics, receiving many awards in the process. Throughout his career he had a passion for mentoring and impacted many. Jim inspired all to achieve their best work and be the best person they can be. He is survived by his wife, Helena; brother, Robert (Ruth) Stoppert, sister, Mary (Carmen) Stoppert, his seven children: Heidi (Jim) Bigler of Noblesville, IN, Holly (Greg) Boston of Clarkston, MI, Jamie Fox of Mason, OH, and Paul Stoppert of Orlando, FL. Step Children: Rodrigo Pereira of Perth, Australia, Aaron (Ellen) McLemore of Birmingham, MI, and Jill (David) Roberts of Knoxville, TN.; twelve grandchildren: Brett Bigler, Nick Bigler, Ali Engle, Tyler Boston, Mackenzie Brisbin, Carter Boston, Connor Fox, Hannah Fox; Roulet McLemore, Murphy McLemore, Lila Roberts, Annie Roberts and seven great-grandchildren. Funeral services for Jim will be held at the family home on Spring Lake in Michigan. 1:00 PM Saturday, October 23, 2021 . The address is: 17487 Blandford Ave. Spring Lake, MI 49456-1812. Interment will take place in the Spring Lake Township Cemetery. Memorial contributions in memory of Jim may be given to; the Robert and Barbara Stoppert Recognition Endowment Fund. Please sign the family’s online guestbook at www.sytsemafh.com.

The family of James Rockwell Stoppert created this Life Tributes page to make it easy to share your memories.

Send flowers to the Stoppert family.