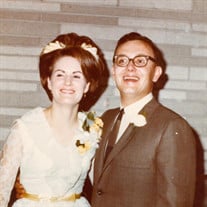 John George Kozler, age 82, passed away on Wednesday, February 9, 2022, in Muskegon, MI. John was born on May 26, 1939, to his parents, John and Roberta (Conley) Kozler. On August 30, 1968, he married the former Marlene Trapp, and they spent many wonderful years together until she preceded him in death on May 22, 2020. After receiving his degree from Central Michigan University, John worked as a high school English teacher at Reeths Puffer High School for 36 years until he retired in 1997. He was also proud to be a part of the United States Army Reserves. An outdoorsman, John loved to hunt and fish, as well as spend time at the cabin he helped build in Baldwin, MI. He also enjoyed reading. John will be lovingly remembered by his four children: Brenda Line, Ruth Smith, Mike Line, and John (Elizabeth) Kozler; eight grandchildren: Alessandra, Mitchell, Christopher, Todd, Derrek, Haley, Karly, and Cody; and two sisters: Sally Harjer and Roberta Bartley. He was preceded in death by his parents; wife: Marlene Kozler; and brother in-law, Jerry Harjer. Per his wishes, no services will be taking place for John, but donations in his memory can be made out to The Harbor Hospice Foundation. Please share memories with the family at sytsemafh.com

The family of John G. Kozler created this Life Tributes page to make it easy to share your memories.

Send flowers to the Kozler family.