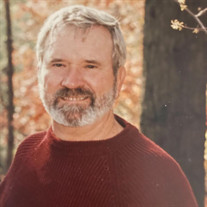 Major Swor, beloved husband, father, brother and grandfather passed away unexpectedly in Muskegon on Saturday, February 26, 2022. Major was born on May 23, 1939 to Wymer and Stella (Winn) Swor in Paris, TN. At the age of 14, Major moved to Muskegon and remained in the Muskegon area until his passing. In 1962 he was drafted in to the United States Army and was honorably discharged in 1968. On April 7, 1979, Major married his ‘Sugar’ Carole (Eddy) in Muskegon. She survives him along with 6 children, 7 grandchildren and 8 great-grandchildren. Survivors: Wife, Carole Swor; Sisters Salonia Sanders and June Kennedy; daughters Melissa Danforth, Norton Shores; Melinda (Lawrence) Chambers, Norton Shores; Debra (Charles) Holmberg, Muskegon and Laura (Mark) DeVries, Norton Shores. Sons Richard Swor and Jeff Swor. Grandchildren; Amy Bacheller and her son Logan; Sara Chambers and her daughters Kayla and J’ Leah; Annie Koon and her children Timothy, Ella and Nora; Julia (Vijay) Prajapati and their daughters Veda and Nila; Laura Chambers, all of Muskegon. Richard Swor Jr and Carly Swor, California. Major was preceded in death by his parents Wymer and Stella; sisters Virginia Taylor and Betty Lowry; brothers Horace and WC “Muggins” Jr, and his son Joey. Major was a skilled and avid hunter and fisherman and often traveled to remote areas to hunt deer, moose and black bears, with trophies to prove it! Fishing was a hobby as well as a way of life. Frying the days’ Lake Michigan perch for his family brought him great joy. Major also planted fruits and vegetables including a small vineyard that produced countless bottles of Swor Wine. He loved his birds and spent hours watching them from his chair as they enjoyed his feeders. Major owned and operated Swor Construction and alongside his son-in-law Larry, built Carole her dream home in Fruitport, MI in 1987. Grandpa rarely missed any of his grandchildren’s sporting events or performances and carried that tradition over to supporting the hobbies of his great grandchildren. His family was truly his greatest joy and he never missed an opportunity to make that known. Major would always say he was “working on greatness”, but to his family he was already the greatest and will be deeply missed by so many. Please join the family of Major for a visitation on Tuesday, March 15, 2022 from 4-6pm at The Lee Chapel of Sytsema Funeral & Cremation Services, 6291 Harvey St, Norton Shores, MI, 49444. In lieu of flowers, please consider a contribution to the Ronald Mc Donald House- 1600 Washington Heights, Ann Arbor, MI 48104. Sign the online guestbook at www.sytsemafh.com

Major Swor, beloved husband, father, brother and grandfather passed away unexpectedly in Muskegon on Saturday, February 26, 2022. Major was born on May 23, 1939 to Wymer and Stella (Winn) Swor in Paris, TN. At the age of 14, Major moved to Muskegon... View Obituary & Service Information

The family of Major D. Swor created this Life Tributes page to make it easy to share your memories.

Send flowers to the Swor family.