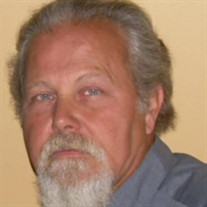 Michael C. Zimmerman, age 70, passed away very peacefully on December 11, 2021 after fighting a courageous battle for years against several illnesses. He was born in Detroit, MI on November 5, 1951 to Paul F. and D. Juanita (nee Oles) Zimmerman and had lived most of his life in Muskegon. Michael attended Muskegon High School and enlisted in the U.S. Navy during the Vietnam War (1970-1976) serving aboard the submarine USS Alexander Hamilton (SSBN617) and submarine USS Mariano G. Vallejo (SSBN658) in charge of firing the Poseidon and Polaris missiles. He later attended Muskegon Business College and the College of William and Mary, received his degree in metallurgy and went to own several businesses, including a motorcycle fabrication shop and local retail stores. SURVIVORS include his wife, Wendi (nee Cole) of 15 years; brothers: Richard (Shelby) Zimmerman and William F. (Kelly) Berg, Sr.; nephews: Joe, Greg, and William; a host of grand nephews; two very special “daughters”: Susan and Sarah; and “brother,” Steve White. Michael was preceded in death by his parents; step-father, Arthur Berg; brother, Paul D. (Joanna) Zimmerman; sister, Renee Zimmerman; nephew, P.J. Zimmerman; and a very special mother-in-law, Rita Rodgers Cole. A celebration of Michael’s life along with Military Honors will be held 11:00 AM Saturday, December 18, 2021 at The Walburn Chapel of Sytsema Funeral and Cremation Services, 1547 W. Sherman Blvd., Muskegon, MI 49441 (231) 759-8565, with Rev. Daniel Anderson officiating. VISITATION with the family will be one hour prior to the service. In lieu of flowers, Michael would appreciate any donations to the Wounded Warriors Project, any Gary Sinise charity, or a charity of your choice. Share memories with the family at their online Guest Book at www.sytsemafh.com

The family of Michael C. Zimmerman created this Life Tributes page to make it easy to share your memories.

Send flowers to the Zimmerman family.