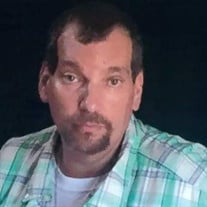 Paul Joseph Luther, age 54, passed away peacefully Monday, March 21, 2022, in Toledo, Ohio. He was born December 4, 1967, in Detroit, to Carl and Bonadine (McDivitt) Luther who welcomed him into their lives. In his youth he lived in Cleveland and Muskegon. Paul graduated from Reeths Puffer High School in 1993 and moved to Kalamazoo, where he worked for Borgess Hospital and Mall City Ambulance. He later settled in Toledo, where he lived for the last 12 years. Paul enjoyed cooking and baking and was a fan of TV cooking programs. He was the first to donate his well-known cakes for any potluck at his residence. Paul also loved driving his car and offered his time to transport any one in his building and wait to return them. He was a devoted Cleveland Browns fan. The special gift that Paul embraced throughout his life was the gift of unconditional love for his family, his friends, and those he had just met. Paul was preceded in death by his mother, Bonadine Nguyen. He is survived by his father and step-mother, Carl and Mary Luther of Muskegon; his step-father, Le Nguyen of Cleveland; and his brothers, Matthew Luther (Kathie) of Muskegon, Andy Luther of Chicago, Jason Nguyen of Houston, and step-brother Andrew Yeager (Patty) of Southlake TX; his step-sisters. Libby (Mark) Turner of Atlanta, and Lindsey (Eric) Rosen of Seattle; along with several aunts, uncles and cousins, nieces and nephews. A Memorial Service for Paul will be held on Saturday, April 23, 2022, at 11:00 am at First Lutheran Church (1206 Whitehall Road) with Pastor Bill Uetricht officiating. In lieu of flowers, memorial contributions may be sent to a food pantry of your choice. Share memories with the family online at www.sytsemafh.com. Arrangements by The Lee Chapel of Sytsema Funeral & Cremation Services, 6291 S. Harvey St. Norton Shores, MI 49444 (231) 798-1100.

Paul Joseph Luther, age 54, passed away peacefully Monday, March 21, 2022, in Toledo, Ohio. He was born December 4, 1967, in Detroit, to Carl and Bonadine (McDivitt) Luther who welcomed him into their lives. In his youth he lived in Cleveland... View Obituary & Service Information

The family of Paul J. Luther created this Life Tributes page to make it easy to share your memories.

Send flowers to the Luther family.