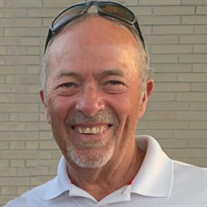 Mr. Paul Neil Spoelman “Opa”, age 73, passed away in his home surrounded by family on Tuesday, March 8, 2022. He was born in Muskegon on October 29, 1948 to Neil and Desi (Monroe) Spoelman. On May 4, 1968, Paul married his best friend, Judith K. (Dutmer) in Muskegon and they enjoyed 53 years of marriage. Paul was a veteran of the United States Air Force. He owned and operated Bakker Auto Trim for many years before starting Great Lakes Aircraft Interiors, which he was still currently operating. Throughout his career, Paul strived to create success in business, however his focus always remained on the people and the relationships created. Although he valued those relationships, his most treasured relationships were with his wife, daughters and grandchildren. Paul and his grandson were members of the Tulip City Bass Club. He also enjoyed hunting with his son-in-law and grandson. Paul was a graduate of culinary school and used his skills to serve and entertain others. These, along with many other hobbies and interests, were all used as an avenue to further build relationships with his friends and family. He enjoyed traveling and some of his more memorable trips were mission trips to Africa and later El Salvador with his grandson and dear friends. Most recent was a memorable trip to Greece where he walked in the footsteps of the Apostle Paul and celebrated 50 years of marriage with Judy along with their dear friends. Paul attended Christ Church, was a man of strong faith, and lived his life with eternity in mind. Throughout Paul’s life, he, along with Judy, lived life generously and never missed an opportunity to help others. He will be missed by his loving family, his wife, Judy; daughters, Stacy (James) Roossien, Amanda (Ray) Morse, and Jenny (Jason) Eichorst; grandchildren, Tyler Roossien, Kathryn (fiance, Bracken Busscher) Roossien, Rebecca Roossien, Anna Eichorst, and Alex Eichorst; great-granddaughter, Brinley Roossien; his mom; Desi Spoelman; brothers, Roger (Jan) Spoelman and Bruce (Margaret) Spoelman; and sister-in-law, Barbara Kooi. He was preceded in death by his father, Neil Spoelman. A FUNERAL SERVICE will be 1:00 PM Friday, March 11, 2022 at Christ Church (1910 Ruddiman Dr, North Muskegon, MI 49445). VISITATION will be from 11:30 AM – 1:00 PM Friday at Christ Church, and additional time immediately following his service. MEMORIALS in memory of Paul may be directed to the Great Commission Fund (Church Planting Mission). You may sign his online guestbook at www.sytsemafh.com Arrangements by The Lee Chapel of Sytsema Funeral & Cremation Services, 6291 Harvey St., Norton Shores, MI 49444.

The family of Paul Neil Spoelman "Opa" created this Life Tributes page to make it easy to share your memories.

Send flowers to the Spoelman family.