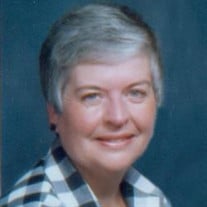 Mrs. Phyllis Jean (Carder) Yonker, age 88, passed away Monday, May 9, 2022 in Spring Lake, Michigan. She was born on June 16, 1933 in Belfast, Arkansas to Coy and Ila Mildred (McDonald) Carder. Phyllis graduated from Paron High School, class of 1950, attended Draugh School of Business, and worked at Lumberman Credit Union. She moved to Grand Haven in 1951 where she met the love of her life, Gene Yonker, while he was on leave from the Army during the Korean War. They married on June 8, 1954 and had two children, Pamela (Mike) Arnold and Randy (Kristy) Yonker. Phyllis worked at Michigan Bell for six years as a telephone operator before stopping to raise her family. She later worked at Steketees in Grand Haven for 23 years until retiring in 1987 as the assistant store manager. Phyllis was a long-time member of Second Reformed Church. She volunteered at the American Legion for several years and is a lifetime member of the auxiliary and FOE 928. Phyllis was an avid sports fan, especially the Detroit Tigers and Arkansas Razorbacks. She also enjoyed traveling to area casinos with her friend Marcia White-Renouf and daughter Pam. She is survived by her children, Pamela (Mike) Arnold and Randy (Kristy) Yonker; grandchildren, Kellie (Rick) Vredeveld, Kimberlee Arnold, Stacey (Jake Nash) Arnold, and Andrea (Jon) Tejchma; great-grandchildren, William Tejchma, Jackson Tejchma, and Tensley Nash. Phyllis was preceded in death by her husband, Gene Yonker, in 2002; her parents; and siblings, Elaine Dunn, Ken Carder, and Joyce Barber. According to her wishes, services for Phyllis will be private. Burial will be next to her husband at Lake Forest Cemetery. Arrangements by The VanZantwick Chapel of Sytsema Funeral & Cremation Services, 620 Washington Ave., Grand Haven, MI 49417. You may sign her online guestbook at www.sytsemafh.com

The family of Phyllis Jean Yonker created this Life Tributes page to make it easy to share your memories.

Send flowers to the Yonker family.