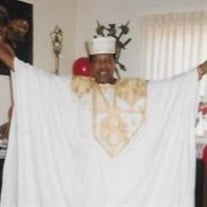 Began life February 5, 1936 in Oxford, MS to the union of Prince and Tommie Mae Wortham. On September 12, 2021, he made his transition from this life at Medilodge at the Shore in Grand Haven, MI. He lived his life and his dreams as only he could. He graduated from North Muskegon High School with honors. Enlisted into the army where he became a licensed psychiatric nurse. He chose to Live in the Bay Area, CA and worked at Fairmont Hospital. He was a supervisor at John George Psychiatric Pavilion in Alameda County. His poetry was published in “New Voices in America” in 1989 under the pen name, Jai Kanoi Wortham, which became his preferred name. He traveled extensively, lived in Germany, visited England and France often, and spoke five languages. Jai’s life and memory will be cherished by two sons in CA, Michael Wortham and Vincent Jenaro Wortham (Latonya); three granddaughters, Venicia Veola Wortham in Alaska, Asatta A. Russell and Aurora Jada Wortham in Hawaii; one grandson, Evan Janaro Wortham in CA; two great grandchildren, Omorose Veola Wortham and Pharaoh Jenaro Wortham; two brothers, Aron (Pearlie) and John Wortham, both of Muskegon; three sisters, Geraldine Devereaux and Pamela Porter of Muskegon, Lula Hamilton (Lee) of Ohio; a host of nieces, nephews, cousins, and friends. Jai was preceded in death by his parents, three brothers Willie, Louis, Ronnie, and two sisters, Louise and Arnelia. Jai will be dearly missed by those he loved and those who loved him. A Funeral Service will be held 2:00 PM Thursday, September 16, 2021 at The Lee Chapel of Sytsema Funeral & Cremation Services, 6291 Harvey St, Norton Shores, MI 49444 with Pastor Andrew Henderson officiating. Visitation will take place one hour prior to the service. The family kindly asks of those attending to be mindful of facial coverings and social distancing. Interment will take place at Fort Custer National Cemetery in Augusta, MI. Memorial Contributions may be directed to Special Olympics (www.specialolympics.org). Sign the online guestbook at www.sytsemafh.com

Began life February 5, 1936 in Oxford, MS to the union of Prince and Tommie Mae Wortham. On September 12, 2021, he made his transition from this life at Medilodge at the Shore in Grand Haven, MI. He lived his life and his dreams as only he... View Obituary & Service Information

The family of Printis Junior "Jai" Wortham created this Life Tributes page to make it easy to share your memories.

Send flowers to the Wortham family.