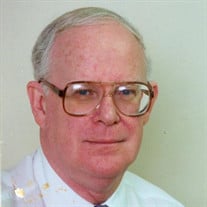 Mr. Raymond John LaPlante, age 82, passed away on Sunday, August 29, 2021 at his home. He was born on October 2, 1938 to Edward and Louise (Weber) LaPlante in Long Island City, New York. Moving to Muskegon as a young child, Ray attended St. Mary’s Elementary School and was the first graduating class of Muskegon Catholic Central in 1956. Ray served his country while in the United States Army and was Honorably Discharged in 1960. He worked at Pine Street Furniture and later at Langlois Furniture, retiring after 35 years in sales. He married Sandra LaPlante in 1976 and she preceded him in death on March 2, 2018. Ray enjoyed spending his time golfing and bowling. He had a great sense of humor and was always joking. He was known to give out nicknames and liked listening to his large collection of records. Ray is survived by his sons, John (Jean) LaPlante and Jeffrey (Lori) LaPlante; step-children, Scott Bradley, Kristine Edmondson, Julie (Steve) Borstler, Bruce (Laurie) Hawkins, and Carie (Fred) Assink; siblings, Joan DeMuro-McLean, Thomas (Pam) LaPlante, James (Judy) LaPlante, and Kathleen (Gil) Robinson; and several grandchildren, nieces and nephews. He was preceded in death by his wife, Sandra; step-son, Rodney Bradley; and brother, Edward LaPlante. A Burial with Military Honors will be held at 11:00AM, Thursday, September 9 at St. Mary’s Cemetery (1915 Park St., 49441) with Fr. Norm Droski presiding. All friends and family are welcome to attend. Arrangements by The Lee Chapel of Sytsema Funeral & Cremation Services, 6291 S. Harvey St., Norton Shores, MI 49444.

The family of Raymond J. LaPlante created this Life Tributes page to make it easy to share your memories.

Send flowers to the LaPlante family.