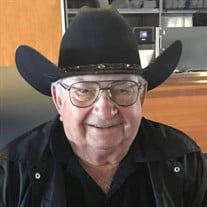 Mr. Richard Dale “Dick” Markgraf, age 83, passed away peacefully at his home on Monday, January 24, 2022. He was born in Antigo, Wisconsin on June 4, 1938 to Frank and Emily (Lemsky) Markgraf and moved to Fruitport, Michigan in 1977. He owned and operated Dicks Auto Repair in Fruitport for 27 years prior to his retirement. Dick would most often be found fixing an engine, watching Nascar, or anything to do with vehicles; he loved them. He married the former Frances Ann Thomas Latsch in October of 1997 and she preceded him in death on March 20, 2018. He is survived by his children, Cathleen (Myleen) Chabot and David (Candy Morton) Markgraf; step-children, James Latsch and Nancy Rizzo; grandchildren, Alex Kaufman, Quinton Markgraf, twins, Jaicee and Joselyn Markgraf, Nolan Markgraf, Vincent Rizzo, Andrew Rizzo, and Dominik Rizzo; and his beloved German Shepard, Maddie. In addition to his wife, Ann, Dick was preceded in death by his parents; stepson, David Latsch; and brother, Don Markgraf. According to his wishes, a PRIVATE GRAVESIDE SERVICE was held at Fruitport Cemetery and a CELEBRATION OF HIS LIFE will be announced at a later date. Arrangements by The Lee Chapel of Sytsema Funeral & Cremation Services, 6291 Harvey St., Norton Shores, MI 49444. You may sign his online guestbook at www.sytsemafh.com

The family of Richard Dale Markgraf created this Life Tributes page to make it easy to share your memories.

Send flowers to the Markgraf family.