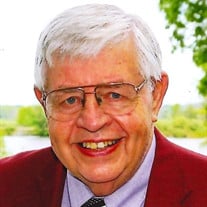 Ronald Nils Lindquist of Spring Lake died at home on August 28, 2021, from complications following heart surgery. He was surrounded by his wife and three children. Ron was born in Chelsea, Massachusetts, on May 20, 1940, to the late Nelson C. and Flossie J. (Peters) Lindquist. He graduated from Revere High School in 1958 and went on to earn a BS Degree in Industrial Engineering at Northeastern University in Boston. Ron married Diane McBride on September 1, 1963, in Topsfield, MA. They raised their three children in New Hampshire and Maine before moving to Spring Lake. Ron’s career was primarily in the cutting tool industry both in New England and Michigan. Along the way, Ron moved into IT where he enjoyed serving as liaison between the IT and manufacturing staffs. Ron was an avid reader, Ham radio operator, N8RNL, woodworker and Corvair enthusiast. Ron served as a Planning Commissioner for Spring Lake Township and as a Spring Lake Township Trustee for eighteen years. Ron is survived by his wife of 58 years, Diane, daughter Heidi (Tim) Blake, sons, Keith (Amy) Lindquist and Mark (Johnni-Louise Geldersma) Lindquist, 10 grandchildren, 7 great-grandchildren, sister and brother in-law, Judy and Dennis Masson, and brother-in-law, David McBride, several nieces, nephews and cousins. He was predeceased by his parents, Nelson and Flossie Lindquist, brothers, Robert Lindquist and Paul Lindquist; father and mother-in-law, David and Hilda McBride; and granddaughter, Casey Caughey. A memorial service will be held at 2:30 p.m. Saturday, September 18, 2021, outside under the south portico at The Lee Chapel of Sytsema Funeral & Cremation Services, 6291 S. Harvey St., Norton Shores, MI 49444. In lieu of flowers, please consider a donation of the American Heart Association or the American Diabetes Association. Share memories with the family at their online guest book at www.sytsemafh.com.

Ronald Nils Lindquist of Spring Lake died at home on August 28, 2021, from complications following heart surgery. He was surrounded by his wife and three children. Ron was born in Chelsea, Massachusetts, on May 20, 1940, to the late Nelson... View Obituary & Service Information

The family of Ronald Nils Lindquist created this Life Tributes page to make it easy to share your memories.

Send flowers to the Lindquist family.