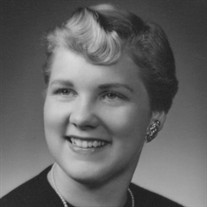 Sharon Lynne (Anderson) Kriss, age 81, of Brownstown, Michigan, died Friday, December 17, 2021. She was born February 24, 1940, in Grand Haven to the late Harold and Elizabeth (Zuidema) Anderson. From a young age, Sharon made friends easily. Birthday parties included all the kids in the neighborhood! Sharon attended Spring Lake Public Schools through the ninth grade when SLPS ended in those days. She showed special talent in art and band. With the rest of her classmates, she transferred to Grand Haven High Scholl where she earned her diploma and graduated in 1958. While working at Dahl’s Five and Dime Store in Spring Lake, Sharon met Mr. Marshall and his sons, who worked on the construction crew building the Interstate 96 Freeway to the east side of Michigan. Sharon and Doug Marshall were married in 1961. They moved several times during the construction on I 96 all the way to the east side of the state. Sharon had an endearing way of accepting people “the way they were.” She made many friends of all ages. She found employment using her talents for catering, cooking, baking and cake decorating. People especially liked her cheerful personality; she was “Fun to be with – always laughing!’’ Sharon accepted the position of manager of the mobile home community she lived in. She helped many people through their tough times. She was happy working into her seventies. When Sharon’s health started failing, she remained optimistic and positive. She did her best to “just keep on going’’ with the care of doctors, nurses, surgeons, and therapists. Special friends helped her as much as they could. She made some good progress, and she celebrated each time. Sharon is lovingly remembered and missed by her brother and sister-in-law, Warren and Joyce (Weber) Anderson of Grand Haven; nieces: Becky Dornan of Grand Haven, Carol (Ronnie) Sparr of Lakeland, FL, Mary Hawkins of Holland; nephews, Christopher Anderson of Sparta, and Nelson (Tammie) Anderson of Grand Haven; grand nieces and nephews, and uncle, Richard (Pat) Zuidema of Grand Haven. She was preceded in death by her husband, Kenneth Kriss in 2002 and son, Chard Harold Kriss in 1998. In keeping with her wishes a private family service has taken place. Please sign the family’s online guestbook at www.sytsemafh.com.

The family of Sharon Lynne Kriss created this Life Tributes page to make it easy to share your memories.

Send flowers to the Kriss family.