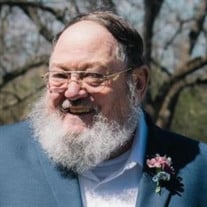 Mr. Thomas McDermott, age 73, passed away Saturday, December 18, 2021 at his home in Twin Lake. He was born in Evanston, Illinois on January 15, 1948 to Anthony and Dorothea (Hoth) McDermott. Tom received his Bachelor of Vocational Education from Southern Illinois University and his MBA from Hartford Graduate Center of Hartford, Connecticut. After 22 years of service to his country, he retired from the United States Coast Guard as a Sr. Chief Petty Officer (E8). He was stationed in Okinawa, Japan, Honolulu, Hawaii, Sault Ste. Marie, Michigan, and Muskegon, Michigan. He worked as a systems analyst and was very knowledgeable with computers. Tom spent 15 years volunteering his time at Twin Lake Gun Club to teach the youth shoot program. He loved hunting, fishing, and collecting movies. Most importantly, Tom was a loving husband and a great dad. On August 22, 1992, Tom married the former Maureen Guilbert in Connecticut and she survives him along with their two children, Sean Patrick (Aubrey Forsythe-McDermott) McDermott and Erin Colleen (Garth) Sircher; and his first grandchild, Fira Forsythe-McDermott, is due on March 2. He is also survived by his brother, Tim (Catherine) McDermott and sister, Barbara (Joe) Kochanski. He was preceded in death by his parents and brother, Terry McDermott. According to his wishes, cremation has taken place and a private burial with full military honors will be performed at Great Lakes National Cemetery, Holly, MI. Arrangements by The Sytsema Chapel of Sytsema Funeral & Cremation Services, 737 E. Apple Ave., Muskegon, MI 49442. You may sign his online guestbook at www.sytsemafh.com

Mr. Thomas McDermott, age 73, passed away Saturday, December 18, 2021 at his home in Twin Lake. He was born in Evanston, Illinois on January 15, 1948 to Anthony and Dorothea (Hoth) McDermott. Tom received his Bachelor of Vocational Education... View Obituary & Service Information

The family of Thomas McDermott created this Life Tributes page to make it easy to share your memories.

Send flowers to the McDermott family.