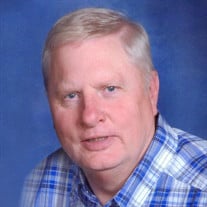 Mr. Vernon Gene Goosen, age 76, passed away suddenly on Thursday, August 12, 2021. He was born on August 9, 1945 to Edward and Doris (Peterson) Goosen in Muskegon. A lifelong resident of the West Michigan area, Vern married the former Rebecca Smith on May 27, 1966 and they spent 55 wonderful years together. Vern is a proud United States Army Veteran, serving during the Vietnam War in the Fifth Infantry Division. He worked as a union pattern maker at Noreen Pattern and later Anderson Pattern, where he retired. Vern and Becky were longtime faithful members of Edgewood Lutheran Church. They enjoyed spending their winters in the warm Florida sun and went on several cruises all over the Caribbean. Vern also enjoyed gardening and was a collector and patented inventor. Vern is survived by his wife, Becky; three children, Paul (Kim) Goosen, Ron Goosen, and Karen (Jim) Haggarty; grandchildren, Rory Goosen, Mitchell (Sarah) Goosen and Tyler Goosen, Bryce Goosen and Kadyn Goosen, and Patrick Haggarty, Zachary Goosen, and Kage Goosen; brother, Donald (Beverly) Goosen; and several nieces and nephews. He was preceded in death by his parents, and brother, Thomas Goosen. A Funeral Service will be held 3:00PM, Sunday, August 29 at Edgewood Lutheran Church. Visitation with the family will be one hour prior to the service, from 2-3PM. Arrangements by The Lee Chapel of Sytsema Funeral & Cremation Servcies, 6291 S. Harvey St., Norton Shores, MI 49444. Please feel free to share a memory with the family online at www.sytsemafh.com.

The family of Vernon G. Goosen created this Life Tributes page to make it easy to share your memories.

Send flowers to the Goosen family.